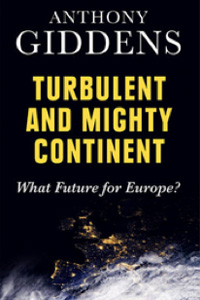 « We should be clear about what is at stake here. On the face of it, the advent of the euro lies behind all this turmoil, doubt and hostility. This is true on a concrete level. The EU will stand or fall depending upon whether the euro crisis can be effectively dealt with. However, as I have argued in this book, what the introduction of the euro has done is to force the EU to come to terms with its own history – with structural inadequacies that have in the past essentially been held together with sticking plaster. Getting Germany to agree to give up the D-Mark, against the wishes of most of the country’s population, was supposed to weaken the German economyin relative terms and bind an expanded Germany into the Union. It has worked more than would appear on the surface For all the talk of the coming of a « German Europe », Germany is actually heavily dependent on its fello eurozone members. Germany is forced to be European not only because « Never again » is taken very seriously, but because the country is intrinsically bound into the euro. Its success has been brought about in some part because of its membership of the single currency. Germany stands to lose as much or more in relative terms as other members of the eurozone should the currency collapse. The central difficulty in Europe is not German dominance as such, but the incapacities of EU1, both in terms of lack of democratic involvement and in terms of the absence de leadership. » p.210-211

« Rich in insights on conceptualising problems and identifying solutions. » LSE Review of Books

« A significant intervention into the debate about Europe’s future. » Gerhard Schröder, former Chancellor of Germany

« An indispensable book at a time when clear thinking about the EU is vital. Deserves to be actively debated across Europe at such a critical juncture in the continent’s history. » Javier Solana, former EU High Representative for Foreign Affairs and Security Policy and Secretary-General of NATO

« In the 1980s the famous Cecchini Report played a crucial role in fostering the single currency. I expect this book by Tony Giddens to play a similar role in the creation of the more integrated Europe essential to us all twenty five years later. » Giuliano Amato, former Prime Minister of Italy

« A great book bout the possibilities for European social democracy in the modern world. » Progress Online

« From the perspective of a new entrant country like Romania, Giddens’ views are as relevant as they are to the founding member states. A must-read for all who are concerned about Europe’s future, whatever shade of opinion they may hold. » Ana Birchall, MP and Member of the European Affairs Commission, Romanian Parliament

« …Giddens succeeds in cutting through much of the turgid intramural debate on Europe to offer a clear diagnosis of the European Union’s dilemma, and a powerful argument in its favour. » Survival: Global Politics and Strategy